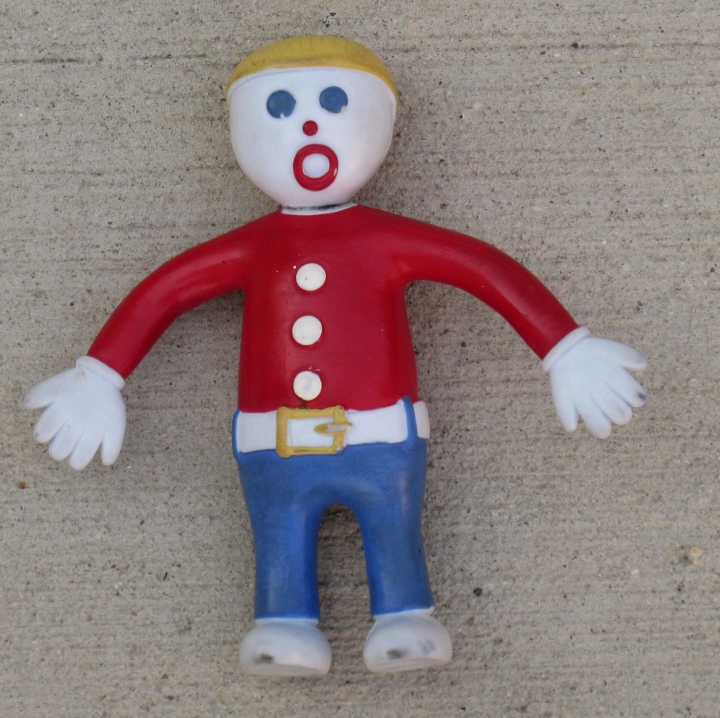 Stupid feelings. I like to think I’m strong and “a warrior” but I’m just not. I’m just me. Magical things don’t happen when I put on my breast cancer warrior shirts and although I do have a sword (I’m a dork) and have a badass image of what I could do with one, meh….I can’t do anything except look like a fat bald chick trying to swing a sword like a baseball bat.

I’m the same way in almost every aspect of my life..just average. Don’t get me wrong, I like me. I try to be a good person, and once in a while I am successful at being funny. I am not epically failing at life. I’m no A+ Mom, but I’m not failing either (fingers crossed). My husband might even give me a solid B if I asked him to grade me. My grade for house cleaning? Meh.

Emotionally, I am also doing so-so. It changes constantly. I was really proud of how well I was doing at first. I was like, “Wow, I’m taking this well. I’m not crying, I’m just rolling with this, being calm and collective!”

Ha! So…then there are anxiety attacks. It’s not what I expected. I used to think of anxiety and I think of worrying. They were the same feeling, but as different adjective. Anxiety attacks? Sure, they are in movies all the time. A high stress time, like an airplane you’re in is plummeting to the earth. That’s when you have an anxiety attack. Ummm…no. Mine like to happen when it’s quiet and I’m either in the middle of relaxing or in the dead of sleep. It makes no sense to me at all. It’s not the only they occur. They have occurred during the day as well, but for some reason, my anxiety attacks prefer to occur at night when I can’t see them coming….very sneaky.

For many years, I had been taking Wellbutrin. It’s a ‘happy pill’. These pills would be more accurately labeled as “preventative pills to staying-in-bed-constantly- and-thinking-about-how-it’s-impossible-to-participate-in-life”. Okay, medically it’s called an antidepressant. I had taken it during my younger teenage years when I faced depression. I again started taking it when my boys were very young and I was stressed out too much from daily life and I wanted to quit smoking. I did quit smoking, but I never stopped taking it. My stress had become more manageable. I needed all the help I could get, and my short fuse had grown longer. Bonus!

I had regular physical checkup shortly after being diagnosed with IBC. Because my anxiety attacks were still gracing me with their presence, my husband encouraged me to speak to my G.P. about it. He even accompanied me because I feared I would have a panic attack driving. After showing her and a training nurse practitioner my breast (they had never seen inflammatory breast cancer in person), I left with a new prescription for Cymbalta. It worked differently than my antidepressant, but it also treats anxiety. I also left with some Xanax. This was the drug I would take every time I would feel a panic attack come. It was supposed to work quickly and then calm me down. Oh, goody! I was sincerely excited. Something to make the awful dread that washed over me uncontrollably, just shut up! Yippie for Xanax!

UPDATE: I did not stay on Cymbalta long, and I also did not continue to have panic attacks, thankfully. I stopped within about 2 months. I did end up switching back to Wellbutrin.